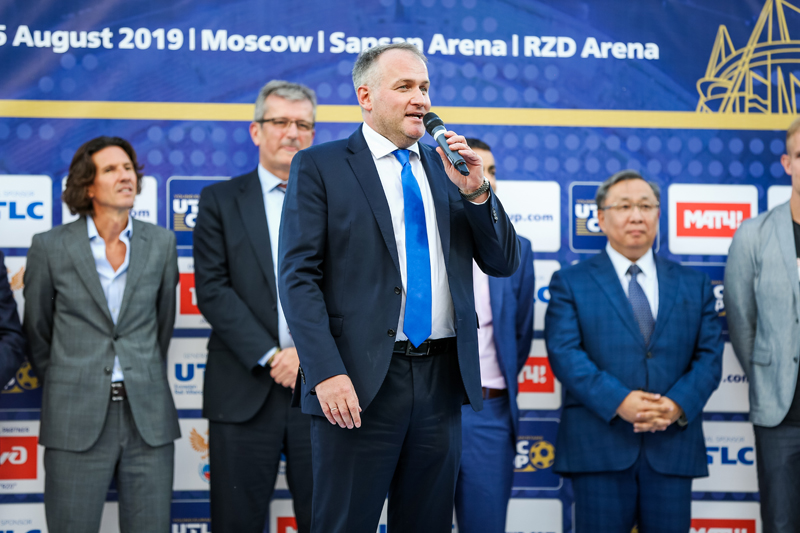 Large-scale event was also attended by high-profile representatives of the Embassies of the countries participating in the football tournament: José Aurelio Llaneza Villanueva and Javier Torres Hernández, Attache and Advisor for education to the Embassy of Spain in the Russian Federation, Nikolay Zizevskiy, Commissioner for sports events to the German Embassy in the Russian Federation and Dauren Diyarov, Advisor to the Embassy of the Republic of Kazakhstan in Russia.

A big surprise for young athletes was the arrival of the Russian football stars: Ruslan Pimenov and Dmitry Sennikov, two-time Champions of Russia.

“We are very proud of UTLC Cup, through which we want to emphasize the fundamental role of sport in the personal and social development of the young generation. We are grateful to the management of FC Lokomotiv and JSC Russian Railways for their support of UTLC Cup,” said Alexey Grom, UTLC ERA CEO.

“I wish young sportsmen to have lot of luck and the fans to have bright impressions. Let the strongest team win!”- the General Director of FC Lokomotiv Moscow Vasily Kiknadze wished to the audience.